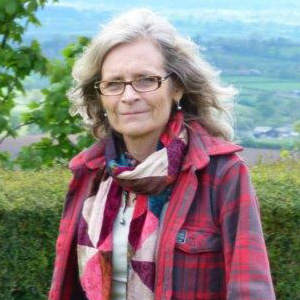 After numerous tests to determine the cause of my symptoms, my GP held his office door open and pronounced in a loud voice ?There are plenty of sick people out there in the waiting room but you are not one of them?. That was nearly 20 years ago and I had been suffering unfamiliar symptoms that I now know to be consistent with panic attacks.

A couple of days later my wife made an appointment for me to see a homoeopath in the clinic above our local pharmacy. These were the circumstances of me ?discovering? homoeopathy and the rest, as they say, is history. I continue to see a homoeopath to this day and fortunately, I very rarely have occasion to see my current GP.

As a trained Analytical Chemist I can appreciate a certain amount of scepticism towards homoeopathy, indeed I would even suggest it is sensible to adopt a cautious approach to anything if it seems to go against generally accepted scientific knowledge, popular belief or common sense. However, homoeopathy has been practiced extensively for over two hundred years so I am somewhat surprised at the persistent objections that I see in the Media.

Unfortunately there are a couple of things that remain barriers to a more general acceptance that homoeopathic remedies work:

The first is the fact that homoeopathic remedies are prepared by dilution beyond the point where the remedy is physically present. I must admit I had problems with concept. Shortly after taking my first ever remedy however, I had to accept that I had experienced something as a consequence of taking the little sugar pills – even though I knew it was unlikely that they contained any physical trace of active ingredient.

Secondly, the use of randomised control trials is widely accepted as the ?gold standard? when it comes to testing the efficacy and effectiveness of healthcare services and technologies.
I wonder if the mixed reports regarding the success of homoeopathy in these trials is in any way due to the complex process of ?case taking? and remedy selection.

Are randomised control trials a meaningful and appropriate way of testing the efficacy or effectiveness of any holistic approach to healthcare? Perhaps someone else knows the answer to this one.

What surprises me time and time again is the level of outrage against homoeopathy and how vindictive and nasty many of the comments are. The level of feeling seems to be disproportionate to the threat or harm posed by the continued availability of homoeopathy to those who choose it as their preferred approach to healthcare. When one looks at published figures for example, the total cost of providing homoeopathy on the NHS remains a small fraction of the total NHS budget.

I find it particularly difficult to understand many of these angry comments as a high proportion of them come from people who have never visited a homoeopath or taken a remedy.

There was a recent item on Radio 4?s Today programme (15/07/10) questioning why there has been so much support for Raoul Moat, including several fan sites on Facebook! If I remember correctly, it was suggested that people identify in some way with a person or situation and use that person or situation to focus and express their own pent up feelings of anger.

Perhaps the anger directed at homoeopathy has deeper roots?